Best gaylord hotel? Just how specific is a matchmaking examine at 10 days matchmaking epiphone les paul good ways to begin a conversation on the a dating software.

Dr Venkat Manohar is currently the Director of Indian Institute of Chromatography & Mass Spectrometry (IICMS). He has been practicing analytical science over a period of more than 40 years at various multinational companies after obtaining Ph.D. in Physics from University of Madras. Prior to this present assignment, he has been Senior Vice President in Piramal Life Sciences Limited (PLSL), Mumbai for the past six and half years, responsible for setting up the entire analytical facility for drug discovery research as well as a diagnostic research laboratory.

At Searle (India) Ltd, (now RPG Life Science Ltd), as a Senior Manager, Dr. Manohar was responsible to set up analytical facility in the research centre where he extensively used GC/MS, NMR, HPTLC and other tools for Agrochemical applications such as pesticide analysis in addition to pharmaceutical analysis.

Dr. Manohar has received several awards for his contributions in analysis over the past four decades. He is a member of Method Review Committee of FSSAI. He has more than 70 publications and 6 patents to his credit. 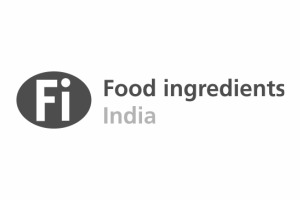 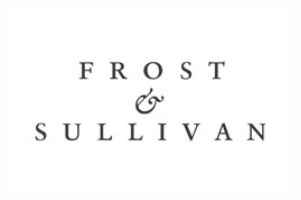 He holds a BE degree in Electronics Engineering from the Guindy College of Engineering, Chennai.

Dr. Rajalakshmi was associated with Diabliss since 2011. With her experience of over 30 yrs in Siddha systems coupled with a modern scientific approach towards food & nutrition, she formulated the world’s first low glycemic index cane sugar and derivative products. She further extended the technology and successfully formulated products across all carbohydrate platforms. Dr. Rajalakshmi is extending her vast experience with herbal systems to currently formulate products across the complete range of metabolic disorders. She was appointed as whole time director in Diabliss in 2017, followed by her appointment as Chief Technology Officer in 2018.

Dr. Arun Chockalingam currently serves as Professor of Epidemiology, Medicine, and Global Health at the University of Toronto, Canada, and a Special Advisor on Global Health to the Dean of Health Sciences at York University, Toronto. He was previously the founding Director of the Office of Global Health at the National Heart, Lung, and Blood Institute (NHLBI) at the National Institutes of Health (NIH). In this capacity, he established 11 Centres of Excellence in Cardiovascular and Pulmonary research in 10 developing nations including India (at Bangalore and Delhi).
Dr Chockalingam’s career span includes: as the Director of Global Health at University of Toronto, as the founding Director of Global Health at Simon Fraser University, Vancouver, Canada where he introduced graduate degree programs (MPH & PhD) in Global Health for the first time in Canada; as the Associate Director for cardio-respiratory health research institute of the Canadian medical research funding Agency (CIHR); as Health Advisor to the Minister of Health, Government of Canada; and as Associate Professor of Epidemiology and Community Health at Memorial University of Newfoundland.

Dr Chockalingam’s experience encompasses a unique combination of global health research, policy, training, and administration in addition to international leadership within the global health community. He has published over 180 papers 11 book chapters and 2 books.